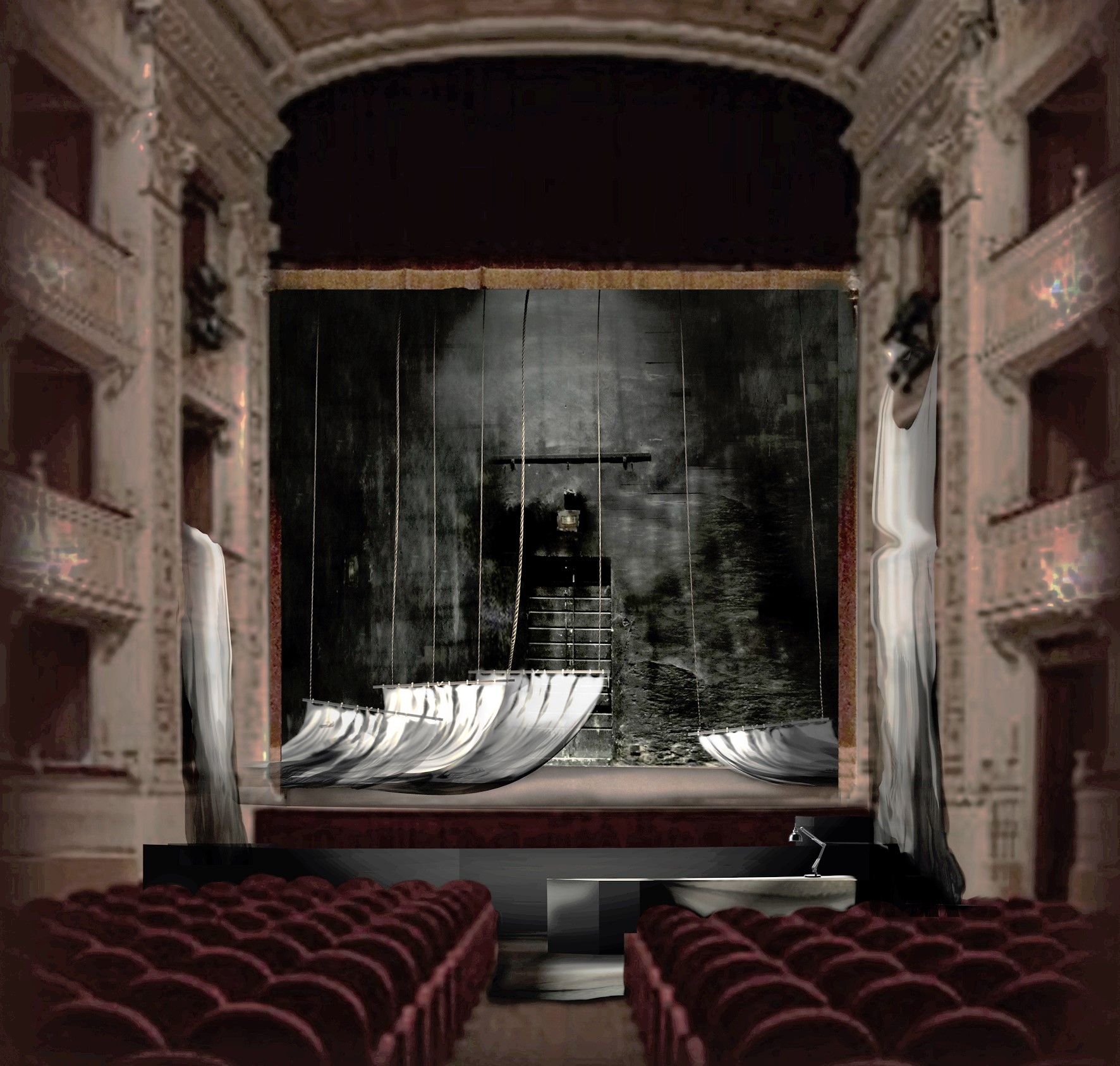 [TICKETS ONLINE] The opera selected for the 43th Cantiere Internazionale d'Arte is The impresario in angustie by Domenico Cimarosa, a barely considered title in the eighteenth-century repertoire. For this new preparation, musicologist Enrico Massa reviewed the original manuscript dating back to the 1791's performance at Teatro Nuovo in Naples, preserved at the Library of the Conservatorio di San Pietro in Majella. In this metatheatrical play, we witness the realization of a play while facing indigence and troubles. A particular focus concerns the character of the soprano, who constantly asks for an aria to strenghten his protagonism: a parody of the egocentrism which becomes an existential question for the character, who embodies the fundamental questions of the festival: who am I? This is me or my character? This is me or just another aria I have to sing? We wonder if the question is dued to music or to our ego. At the same time emerges the dichotomy between life and death of the theatre: the impresario has to flee because of his poverty.

Following the spirit of the Cantiere, the play's new production will help the young musicians of the local Orchestra Poliziana and the singers of the Conservatorio "Luigi Cherubini" of Florence developing their skills, with Roland Böer as a guide and Caterina Panti Liberovici as director.

THE IMPRESARIO IN DISTRESS IS A SAD STORY

It is a sad and miserable story for those who, like me, have the ambition - naive, perhaps, and at the same time arrogant - to believe in the theatre. Those of us who do, do so by fighting the daily battle of quality. We commit to discipline and intellectual honesty to the theatrical profession. We are ready, in the theatre, to look for ourselves, lose ourselves in the hope of finding ourselves again. Because the story of The Impresario in Distress tells only about miseries. There is indeed an impresario who brings together a company of artists, to put on a new performance. In addition to the singers, there is a Composer and a Poet to write the music and the libretto. The Poet has a rough draft of the first act, maybe even of the second. Once the group is reunited, however, they cannot even read the text. Their sniping, prejudices, self-interests, petty jealousies, the lack of both money and artistic ideals, destroys the group even before they start. The impresario, having suffered the humiliation of threats and scant advice, flees. The company dissolves. The theme of the "Theatre in the Theatre‘" has always sparked the appeal of self-congratulation in the world of opera and literature. The vast majority of texts that belong to this rich literary tradition manage to pull off the trick of Comedy in the Comedy, giving a happy ending: however complicated, diffcult and messy it is, the world of theatre is renewed by portraying itself and the hope that it is possible to continue doing so. In The Impresario in Distress, it isn’t. Yet, paradoxically, the work in its time was a huge success: it was performed throughout Europe, translated into many languages, but above all extensively reworked. In most cases, it is used as a framework and musical numbers are added to expand and transform it. Almost a unanimous desire to tell more, to deepen a dramatic aspect (ante litteram) of such an inher-ntly autobiographical story. Inevitably, however, we begin to question how this work as it is written, is an end in itself: how can we celebrate, in this metatheatrical context, the undoing of theatre itself? A thorny question. You could choose a loose direction, a pantomime, the perennial pastiche, following the ˿ow of story for what it is, where we, the actors on stage, portray ourselves as likeable